News: The Latest from D.A.W.G.S

Catch up on the latest pet news and hear stories about the animals. 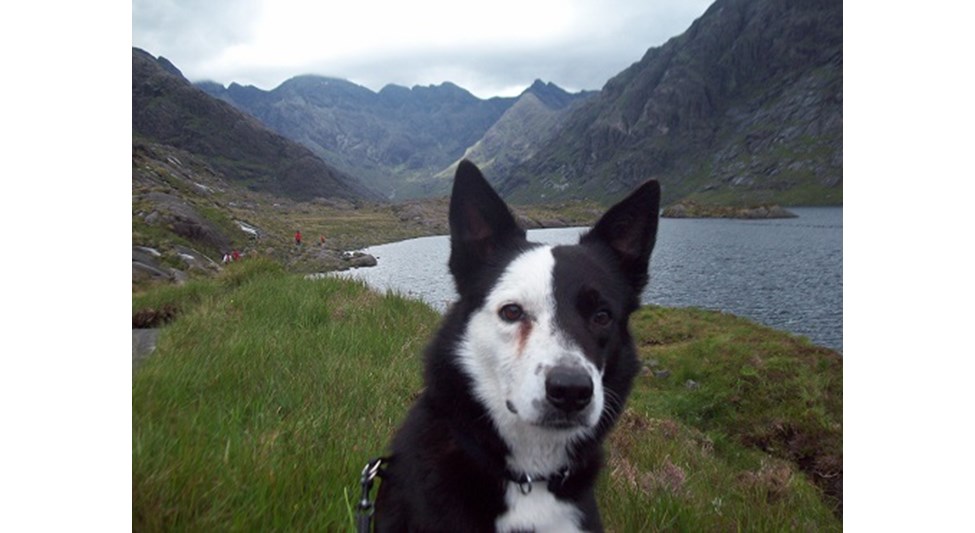 Emma & Scott hope to raise £400 for DAWGS, and have set up a JustGiving page

Emma and Scott, who recently  became foster carers for DAWGS,  are doing a gruelling 4 Peaks Challenge to raise funds for DAWGS, in memory of their beloved collie cross, Shade.

Shade, who passed away last Autumn was a rescue dog. He was found starving wandering on the streets of Midlothian and ended up in the council pound where he faced euthanasia. When Scott met Shade he knew instantly they were destined to be best friends. Shade had obviously had a tough start and had lots of problems but loads of TLC  helped him overcome the trauma of neglect and cruelty. Scott and Emma want to help other dogs get the  second chance  that Shade and every animal deserves.In the 12 years that Shade was part of their family, he travelled everywhere with them. He especially loved long mountain walks, even bagging a few munros in his time.  Always the leader of the expedition, his adventurous lifestyle meant Shade had a few mishaps along the way – including falling from a cliff and breaking both his front legs.  Expert care, several operations and thousands of pounds later he was back to running like the wind on his ‘bionic’ legs.  A few years later he had to have major spinal surgery but once again he proved he had more lives than the proverbial cat and despite all this he went on to enjoy a many more adventures, walking munros, travelling in a canoe, and towards the end being cycled around in his wee bike trailer “the collie trollie”. Emma and Scott’s 4 Peaks For 4 Paws Challenge include some of Shade’s favourites and most challenging peaks – Ben Vrackie, Schiehallion, Sulliven and Ben Nevis.  Their first Challenge is on the 16th May, the next in July with the final 2, in August and September.Scott and Emma said:  “We were lucky enough to have shared the journey with Shade and will always treasure our time with him – he will be with us we’re sure as we climb those peaks “They hope to raise £400 for DAWGS, and have set up a JustGiving page.  Please support them if you can.  The link to their JG page  is below:http://click.contact.justgiving.com/?qs=7a0860cc1535ba9e815f60e4e39120db3871a64a6031590f2525de99c4ace486a8510534e63c8985      Donating through JustGiving is simple, fast and totally secure.  Your details are safe with JustGiving – they’ll never sell them on or send unwanted emails.  Once you donate, they’ll send your money directly to DAWGS, so it’s the most efficient way to donate – saving time and cutting costs for the charity.We wish them the best of luck.  Shade was very lucky to have found you – and we are sure he will be with you all the way.